Everyone loves homemade donuts, although they are a bit difficult compared to the traditional air fryer biscuit donuts, today I made my kids a treat and used one of my favorite King Arthur Bakery recipes, which is found here, and tweaked it a bit and came up with these, they are fabulous. I add the milk to a glass measuring cup and then microwave it, until the temperature reaches about, 110-120 degrees, then mix in the sugar and yeast. 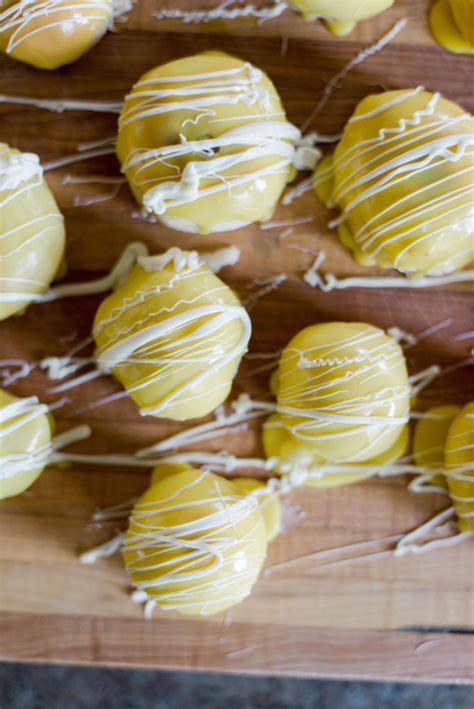 Then add your yeast mixture to a large mixing bowl, then add in the egg, melted butter, vanilla extract, and salt. Cover the dough with either a piece of saran wrap or a kitchen towel, and let rise for about an hour.

Anchor Glass Measuring Set–This is one of the handiest tools in the Kitchen Check Out This Book, everything to get you started and SUCCESSFUL in Air Frying.

Everyone loves homemade donuts, although they are a bit difficult compared to the traditional air fryer biscuit donuts, today I made my kids a treat and used one of my favorite King Arthur Bakery recipes, which is found here, and tweaked it a bit and came up with these, they are fabulous. I add the milk to a glass measuring cup and then microwave it, until the temperature reaches about, 110-120 degrees, then mix in the sugar and yeast.

(Remember it’s a chemical reaction) Then add your yeast mixture to a large mixing bowl, then add in the egg, melted butter, vanilla extract, and salt. Cover the dough with either a piece of saran wrap or a kitchen towel, and let rise for about an hour.

Add the donuts to a grease air fryer tray or in the greased air fryer basket (sprayed with olive oil) Then let them rise for another 30 minutes. (air fryer setting) Dip into the glaze, and then let harden. 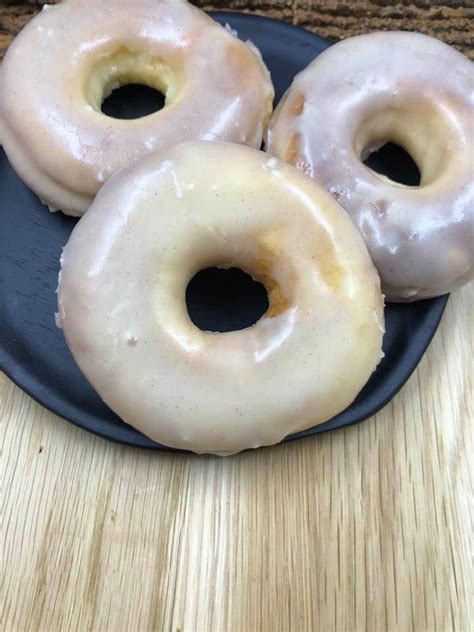 The air fryer circulates super-heated air around items, making it more efficient than the oven. A chocolate glaze is an excellent option, or brush them with melted butter and coat them with cinnamon-sugar.

The Spruce / Diana Rattrap Add the remaining flour and mix with a wooden spoon to make a soft dough. Cover the bowl with plastic wrap and let it rise for 1 to 1 1/2 hours, or until doubled in bulk.

The Spruce / Diana Rattrap Punch the dough down and roll it out to a thickness of about 1/4-inch to 3/8-inch. Use a small, round cutter, such as the base of a large piping tube, to make the hole.

The Spruce / Diana Rattrap Place the cut-out doughnuts on lightly floured parchment paper and cover them with a greased sheet of plastic wrap or kitchen towel. Mix until blended, adding more water as needed to make a thin glaze. 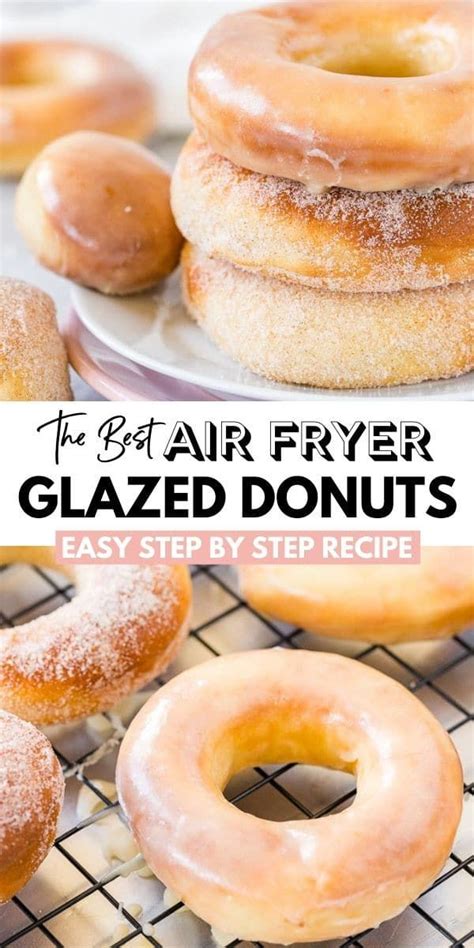 The Spruce / Diana Rattrap Dip the tops of the doughnuts in the glaze. If the glaze becomes too thick, warm it in the microwave oven for about 10 to 20 seconds or add a bit more hot water.

For golden-brown doughnuts, brush them evenly with melted butter just before they go into the air fryer. The next day, take the dough out of the refrigerator about 1 to 1 1/2 hours before you plan to roll it out and shape the doughnuts.

To make cinnamon-sugar doughnuts, combine 1/2 cup of granulated sugar with 1 tablespoon of cinnamon. Coat the doughnuts and holes with melted butter and then roll them in the cinnamon-sugar mixture.

These photos are topped off with a butter lemon glaze and a white chocolate drizzle and let me tell youuuuuuuuuu, mmmmmmmmm! To make the butter lemon donut glaze, whisk 2 tbs of melted butter with 1 cup of powdered sugar, 2-3 tbs of lemon juice (fresh or bottled) and a splash of milk (small splash). 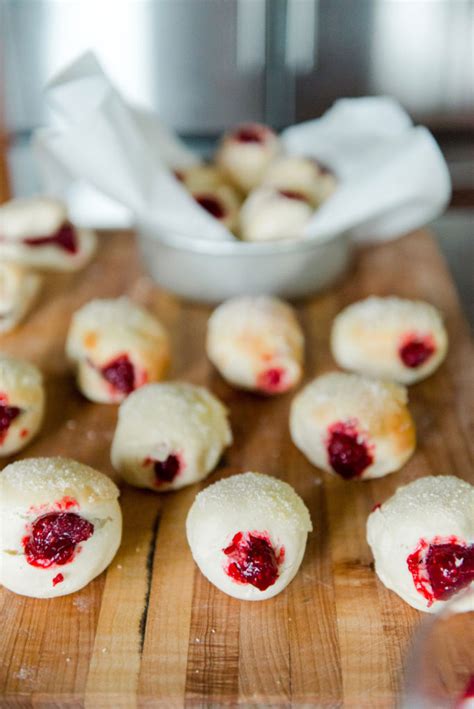 (If you don’t have buttermilk, mix just over 1/2 cup of milk with just under 1 tbs of lemon juice. Mix for about 3 minutes then start to add up to 1 additional cup of flour.

Basically you will be adding just enough flour to make the dough pull away from the sides of the bowl and remain in a clump; sometimes this will end up being less than 1 cup additional. Remove the dough from the mixer, sprinkle a thin layer of flour onto a flat surface and kneed 100 times.

Fill an oven safe bowl with boiling water (from a tea kettle) and place into the hot oven (the steam from the water will help with the 2nd rising AND prevent the donuts from getting crust on them) Place one 1/2 of the dough back into the tightly sealed bowl (you don’t want it to get a crust from sitting out….it won’t rise again properly).

Roll out 1/2 of the dough about 1/2 inch thick and cut with a round cookie cutter (no more than 2 1/2” in width….if the donuts are too big, the center will not finish cooking before the outside is too crispy). Take the remaining dough (from what you just cut) and pinch off chunks to roll into smooth donut holes measuring about 1-2”.

(You can try and re-roll out the rest, but I have found that those don’t rise as well again AND the shape is always SUPER wonky, so donut holes work very well). Place 3-4 donuts on the air frying rack for 2-4 minutes.

The idea is to get the donut just done enough so that they are chewy and full of gorgeous pillow air ! Once cool, you can fill with pastry cream, jam or custard.

They are made with the same dough you would use for deep-fried donuts and my easy step-by-step instructions make it foolproof even if you haven’t made yeast dough before. The other secret to making these donuts taste and look like the deep-fried store bought version is the glaze. Start with making the yeast dough: Activate the yeast by sprinkling it over lukewarm milk, add a little of sugar, and gently stir with a fork.

Gently move the dough around in the bowl so it gets coated with oil. Roll out dough to 1/2 inch thickness on a lightly floured work surface.

I’ve learned that the hard way, it’s better to have too much glaze otherwise you will have trouble coating them. Because they are made with less oil than deep-fried DonutsAirFryerDonuts dry out a bit faster.

The basket is big (10x10) and it has a lot more functions than a normal Hairdryer so it can replace other small appliances. It can grill (510 degrees F), air fry, bake, broil, and dehydrate.

In the bowl of a stand mixer fitted with the dough hook, gently stir together lukewarm milk, 1 tsp of sugar, and yeast. Let it sit for 10 minutes until foamy (If nothing happens your milk was too hot or the yeast is too old, so start over).

Add sugar, salt, egg, melted butter and 2 cups of flour to the milk mixture. Mix on low speed until combined, then with the mixer running add the remaining cup of flour slowly, until the dough no longer sticks to the bowl.

Increase speed to medium-low and knead for 5 minutes, until the dough is elastic and smooth. Place the dough into a greased bowl and cover it with plastic wrap.

Dough is ready if you make a dent with your finger and the indention remains. Turn the dough out onto a floured surface, punch it down and gently roll out to about 1/2 inch thickness. 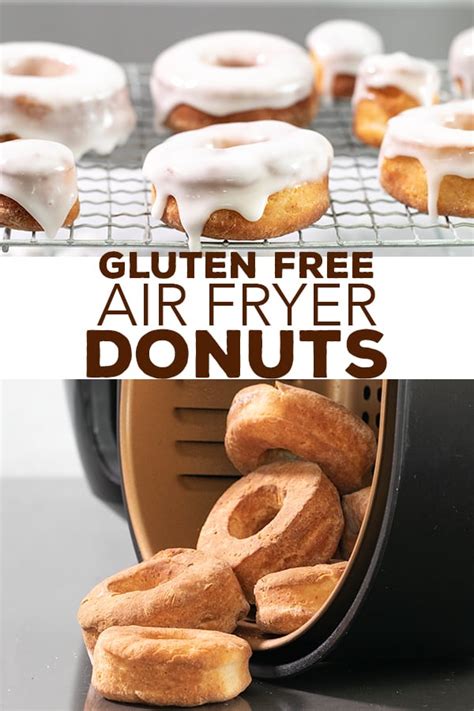 Stir in powdered sugar and vanilla extract until smooth. Remove from heat and stir in hot water one tablespoon at a time until the icing is somewhat thin, but not watery.

Place on a wire rack set over a rimmed baking sheet to allow excess glaze to drip off. Make sure the milk is not hotter than 115 degrees F. Using hot liquid will kill the yeast.

If you don’t have an instant read thermometer, drizzle a few drops of the warmed up milk onto the inside of your wrist.