Fast-forward a couple millennia, and we’ve been thrust into the “Spend all day on the Internet Age”. This provides evidence for its lack of obvious harm, but doesn’t necessarily mean it’s totally safe. 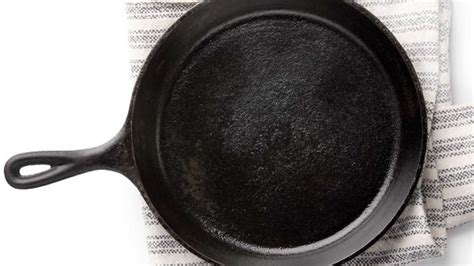 And it's actually pretty soft, so not great for making pans without adding in some carbon for hardening. But still, around 97-98% of a cast iron pan is plain of’ iron, which is why we’re so interested in its health effects.

Our discussion also applies to carbon steel cookware (such as woks), which is made up of 99% iron. Other than being such an important material for making pans and skyscrapers, iron is also an essential dietary mineral.

Some will see this as a good thing, especially considering that 1.6 billion people around the world are anemic, with iron deficiency being the main cause. Too much iron has been linked to a wide variety of conditions, such as Alzheimer’s, heart disease, and colorectal cancer to name just a few.

There’s a couple groups of people who don’t have to worry quite as much about iron overload though: menstruating women and vegetarians/vegans. But for others, especially those who regularly eat red meat, it doesn’t take much to push yourself into excess iron territory.

Out of all the micronutrients, iron may be the riskiest to supplement with, due to a higher chance of overloading. Excess iron levels are linked to a wide variety of serious health conditions. 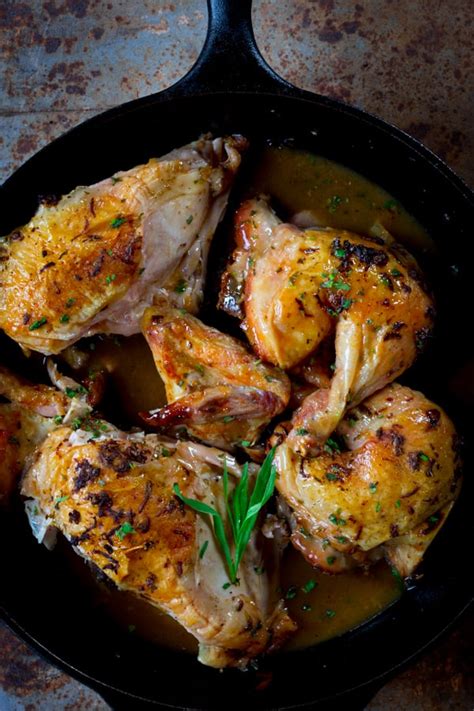 For the nearly one million Americans who have hereditary hemochromatosis, a condition that typically emerges in adulthood where you absorb too much dietary iron, the risk is much more serious. Note that while regular blood donation helps both you and others, and is quite effective at normalizing iron levels according to a randomized trial, it's not always well tolerated.

It’s easy to build up too much iron, from a combination of fortified foods, supplements, and red meat. Two ways to mitigate this build up are donating blood and adding in iron -absorption inhibitors to the diet.

We’re talking a pretty decent amount of iron, depending on the condition of your cast iron pan, and what specifically you’re cooking. Three other factors that cause more leaching are: using liquid, increased cooking time, and mixing the food more often.

Cast iron pans can leach a sizeable amount of iron into your food, exceeding dietary intake in some cases. Some of you may be wondering why cast iron (and carbon steel) are uniquely susceptible to this leaching process.

While iron overload is a risk that applies to many millions of people, a far smaller number of people are allergic to nickel and chromium, and both of these metals can theoretically leach from stainless steel pans. For people with severe nickel or other metal allergies, an enameled pan may be a safe bet. 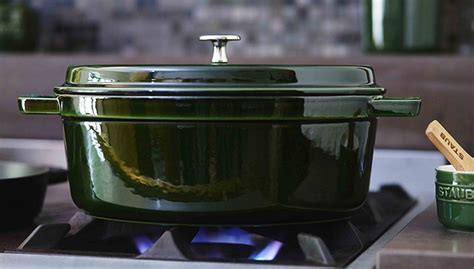 Stainless steel doesn’t leach much iron, due to its protective shield of chromium oxide. But it may still leach small amounts of other metals such as nickel, which some people have allergic reactions to.

One is that you could drop a heavy pan onto your foot or hurt your wrist maneuvering it around. The other possible danger is only theoretical at this point: the risk from eating tiny bits of flaked-off seasoning from the pan’s surface.

Well, cast iron pans can easily collect moisture and develop rust. To prevent that, and also get a nice non-stick finish, you have to season the pan with oil rich in polyunsaturated fats.

When exposed to high heat, on top of iron which acts as a catalyst, the unsaturated fatty acids oxidize then polymerize into a coating that fills in pores, and then further heating carbonizes/hardens the coating. You have to keep adding thin layers of fat over time to get that perfect seasoning, since attempting to add one thick layer all at once will result in a greasy pan, with largish pieces chunking off.

The seasoning layer comprises broken down then polymerized unsaturated fatty acids. Multiple thin layers of seasoning built up over time are a sign of a well-used and largely non-stick cast iron pan.

Would small amounts of these hypothetical byproducts even be of concern, given the natural antioxidant defenses our bodies employ? The flaxseed oil seasoning on your cast iron pan may be oxidized, but it’s not rancid.

It’s a delicate game -- gently heating a pot of flaxseed oil would be a recipe for rancidity, but doing it in a thin layer with the help of a really hot iron pan and air … that creates the oh-so-useful seasoning. But if you want to get really up in arms about seasoning, you’d better make sure to also stay away from other heated foods that contain known carcinogens, like the acrylamide in browned potatoes and in breakfast cereals, hetero cyclic amines in cooked meat, etc.

You don’t have to boil or steam all your foods in order to live a long and healthy life. The risks, if any, of eating tiny amounts of seasoning every day for years is unknown.

Over the years, that adds up to a lot of exposure to whatever the pan gives off. It’s cheap, it can and will last a lifetime and get better with age, and you can safely throw it into a super hot oven.

All that heavy iron also means that these pans retain heat really well, so they excel in tasks like searing a thick and juicy steak. Another benefit is that the fairly-nonstick nature of cast iron pans will still allow it to develop a “fond” (which is French for “base” or “foundation”) on the bottom, if you happen to enjoy making delicious fond-based sauces.

On the con side, cast iron is extremely heavy and not that easy to take care of (at least until it’s older and well-seasoned). If you make a tomato sauce using a cast iron pan, and it tastes weird, there’s a chance the leached iron is the culprit.

Again, seasoned pans are your friend, both for non-stick purposes and for avoiding off-tastes in cooked food. It doesn’t leach anything under normal heart conditions, and even ingesting tiny amounts of Teflon shouldn’t really harm you, since it’s inert.

In fact, studies show a cast iron skillet can add up to 5 milligrams of iron to what you’re cooking. The amount of iron that ends up in the item you’re cooking depends on the type of food and how well-seasoned the skillet or pot is.

At high levels iron is a pro oxidant, meaning it can damage tissues by creating oxidative stress. Some studies link higher iron to a greater risk of cardiovascular disease and other health conditions.

Plus, some people carry one of the genes for hemochromatosis, a disease that causes increased iron storage. People who have the condition store excess iron in their liver and other organs and tissues and are at higher risk of early death.

If they don’t get treated, hemochromatosis sufferers have a higher risk of liver toxicity, heart failure, arthritis, and certain type of cancer. It’s not wise to assume you need the extra iron, especially if you’re a man or a woman past menopause.

For example, adding a squirt of lemon juice will boost the transfer of iron from the pot or skillet to the food. Longer cooking times and using more liquids also causes more iron to migrate from the pot to the food.

Then, place a thin layer of vegetable oil in the pot or skillet. Now bake the skillet for one hour in an oven at 375 degrees F. When it comes out, the pan is seasoned and there should be less leaching of iron into food when you use it.

The main purpose of seasoning is to provide a barrier against moisture, which can lead to rusting, and create a non-stick surface so foods won’t stick when you prepare them. The good news is seasoning provides a healthier, non-stick barrier than buying a non-stick pan with a chemical coating.

The combination of absorbing all that iron and the oxidized oil coating may not be healthy. Cast iron skillets and pans have some advantages, especially the lack of a non-stick coating made of chemicals.

Plus, there are theoretical issues, like the health effects of the oxidized oil used to season the cookware getting into the food. If you don’t need the extra iron, stainless steel cookware is an option.

We have a great way of seasoning them and using them, so they act like non-stick pans for eggs, searing meat, and much more. In growing children, iron is essential for growth, so cast iron is great for them, too.

However, cooking with cast iron may be dangerous for men and post-menopausal women who already have high iron levels, determined through blood testing. When iron toxicity is severe, a person may get gray skin and develop heart, liver, and blood sugar issues.

(Donating blood is a great way to lessen iron load!) When you cook acidic foods such as tomatoes in cast iron, you end up with more iron in your dish. 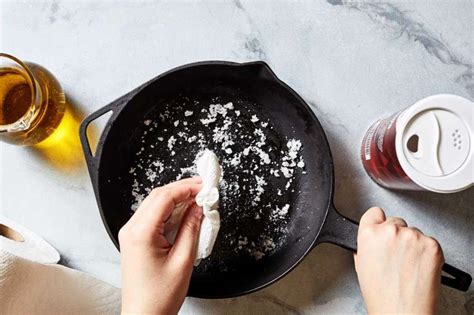 Your food tastes metallic and takes on an unappetizing grayish color. You can mitigate against this by ensuring your cast iron pans are well seasoned as I show you right here on #Awardee 062.

More acidic, longer cooking times, and worse seasoning all contribute to more iron transferring into the food. I have been unable to find any research suggesting that good seasoning prevents 100% of the iron transfer, though… so the safest option, if you are an individual who needs to prevent any iron transference, would be to use an enamel-coated cast iron or another form of cookware altogether (like stainless steel).

That is true, however you have to be very careful because there's a huge problem with lead and cadmium contamination, especially in brightly colored ceramics. Lead is a known neurotoxin that causes brain damage and it takes the place of calcium in bones, among other things.

This is a big problem for pregnant women, who pass on a large portion of the calcium in their bones to their unborn babies, especially during the third trimester. Unfortunately, the most popular brand of enameled cast iron, Le Crest, often shows lead and cadmium at very unsafe levels when tested.

Ideally, we don't want ANY lead or cadmium in our cookware, or at least we want it to be within safe levels, so since learning this I'm not sure I can recommend any enameled cast iron at this time. I know that the men in our household probably don't need more iron as we women do, so we also cook a lot with stainless steel to balance it out.

Through regular blood tests, we are able to ensure and monitor that iron levels are where they should be for all members of our family. The #Awardee Show is the weekly show devoted to answering your niggling questions about Traditional Cooking: whether it's your sourdough starter, your sauerkraut, preserving foods, broth, superfoods or anything else to do with Traditional Cooking or your GNOWFGLINS lifestyle.