Thanks to the multiple attachments and large capacity of the bowl, they excel at making cakes, kneading dough, whipping and whisking, and work far more effectively than food processors in this respect (although the two are sometimes confused as they have a similar ‘spinning’ motion). Versatility Stand mixers can work hard with the right attachments, which include everything from pasta rollers to sausage makers.

Weight If you’re short on counter space and will be hauling the stand mixer in and out of storage, be aware that some of them can be very hefty. Looking at the full array of test models we had for this round up, the Kenwood Chef XL Titanium stood out from the crowd with its low, square design.

The controls and mechanisms on this stand mixer were a pleasure to use, with smooth actions, sprung loaded movements and satisfyingly solid attachments. The whisk, hook and beater were hefty and fitted well into the head, plus if you want to get more adventurous there are many interesting accessories to fix to its additional high or low-speed ports.

For a high-volume, powerful helper around the kitchen this is as good as it gets, and we’d be happy to have the Kenwood Chef XL Titanium on hand for bakes, batch cooks and so much more. The handled, stainless steel bowl has a whopping 6.9-litre capacity, which is big enough to whisk almost 2 liters of cream to airy perfection in minutes.

Set aside a rainy afternoon for a bulk baking session and this will be your trusty sidekick, powering its way through pastry, bread and batters. We also loved how it blended perfect mash for a freezer stock-up, tackling a bag’s worth of steamed spuds with ease.

This stand mixer from Monster has a decent 1000W motor, so should be able to cope with tough dough and whiz air into sponge and meringue mix. We suspect that over time the black plastic casing could pick up a few scrapes, but this model seems well put together and is certainly light enough to be stashed away.

The 3.5-litre bowl can’t cope with huge quantities, but if you’re making occasional cakes or mixing dough for one or two loaves, it does the job perfectly well. However, if you’re also in the market for a blender, this will look after smoothies and soups as well as the usual stand mixer duties, and may take up less room than two separate machines.

Combining generous capacity and power, this budget stand mixer is a good choice if you want something functional and care less about wowing with a statement piece. In tests, we tried various recipes that put the dough hook, beater and balloon whisk to good use and found it coped with everything we threw at it, although we had to push dry ingredients down into the mix at times.

Kenwood’s mix is available in a range of color and metallic finishes, but we think it really suits this special edition chrome casing. Thankfully, it’s easy to wipe clean as with this sort of bling, finger marks and splashes really show up.

Washing your stand mixer ’s attachments by hand can be a real pain, so we looked for dishwasher-safe accessories to make cleaning less of a headache. If you have any questions, suggestions for future reviews or spot anything that has changed in price or availability, please get in touch at goodfoodwebsite@immediate.co.uk.

As the Great British Bake Off has taught us, if there’s one kitchen appliance no budding True Lath or Paul Hollywood should be without, it’s one of our best stand mixers. If you’ve every tried whisking, whipping, beating or kneading by hand for any length of time, you’ll know how exhausting it can be.

Not only does it come with shredding discs, a mincer, a citrus press and a blender (and swivels into three positions for you to use them), in its stand mixer mode it beats, mixes, whisks and kneads like a pro. The obvious downside of this mixer is the sheer amount of kit to store, but if you’re willing to make some room you’ll be rewarded.

Not only is it incredibly easy to control with six speeds and a fold option, its five-litre heatproof glass bowl allows you to see exactly what’s going on inside. During testing, the mix stand mixer was fuss-free to use, staying reassuringly steady on the worktop even at high speeds.

It produced everything from light, fluffy doughnuts to crisp meringue and thick whipped cream for pavlovas perfectly. Another plus is the sheer range of compatible attachments, which include a pasta cutter, grinding mill, dice and spaghetti maker.

Which means that you can knead up to 1.2 kg of dough, whip 1.4 liters of cream or whisk 12 egg whites in a single load. There are 12 speeds, from a gentle stir (which we found invaluable for starting to mix dough) to a rapid whisk that took the effort out of making meringues.

This last one was especially good in that our bread dough didn’t wrap itself around the hook, but moved and kneaded it around the bowl efficiently. It slid on easily enough but every time the mixer head was raised, both sections had to be removed, making scraping down the bowl more of a chore.

Not only will it stand out on your worktop in cream, black or red, its curvy style will complement any other retro kitchen appliances you might have. The bowl comes with a handle, so it’s easier to secure to the base and remove, and has enough capacity for up to 12 eggs whites, a liter of cream, 2 kg of cake batter or 1.8 kg bread dough.

At the front, it has an outlet that can power extra kitchen tools, such as a meat grinder, spaghetti cutter, ice cream maker, or a slicer/grater, so you can expand its food prep capabilities. Its three-pronged flex edge beater has been designed to reach all sides of the bowl, too, so you don’t need to keep stopping the machine to scrape the walls or base.

Another plus is the mixer ’s generously sized five-litre bowl, which easily accommodated bread dough, cake batter or egg whites without throwing anything out. The mixer was very noisy on the top speeds, and the spring from new was strong, so you’ll need to hold the head as you raise it or it jerks.

It mixed and kneaded bread dough around the bowl without it wrapping around the hook (which resulted in a well-risen loaf), and blended butter and sugar to a pale creamy consistency. We noticed a few streaks of butter in the sponge batter after mixing and scraping down, but the baked cake rounds were light with golden, springy tops.

This super-sized Artisan mixer comes with a 6.9-litre bowl, which can accommodate a whopping 2.2 kg of plain flour, 19 egg whites, 4.5 kg of cake batter or 1.9 liters of cream. Like the bowl, most of this stand mixer ’s other features are a bit beefier too, from an angled Power knead spiral dough hook and elliptical 11-wire whisk to a 500W DC motor with a 1.3hp output, making it both quiet and efficient. 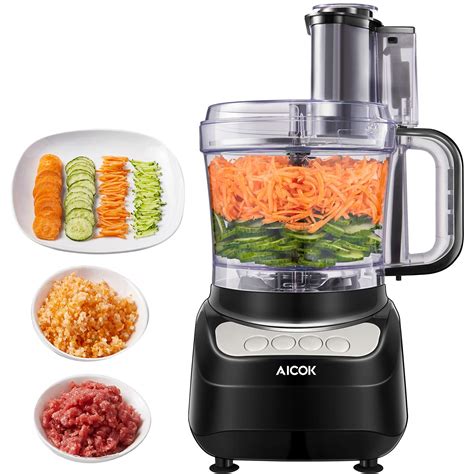 Beyond £150, most of what you’ll be paying for is a greater choice of colors and styling, extra features or accessories. More expensive mixers tend to have a sturdier build quality to ensure they’ll be whisking and beating for decades to come.

These allow you to power attachments, turning your simple stand mixer into a multifunctional kitchen helper. Standard mixer attachments include a blender jug for making smoothies and soups, or crushing ice, and sometimes a food processor for slicing, grating and chopping.

These include rollers for making pasta, specialized ravioli makers, mincers or grinders for processing meat, slicers, refreeze ice cream bowls, millers, spiralizers and juicers. Bowl capacity Unlike some small appliances, where wattage can be a rough guide to how powerful a machine is, when it comes to stand mixers, it’s better to buy on more tangible features.

More extras Other stand mixer extras include integral lighting, so you have a better view inside the bowl, a countdown timer that helps prevent over-mixing, and sensors that help maintain the mixer ’s speed when tackling heavier loads. If it’s out on the worktop, find a design that comes in a shade to suit your kitchen and will fit below wall units.